A Report to an Academy

Publication size 14.8 x 21 x 0.7 cm. 2012
supported by Mondriaan Fonds in The Netherlands, and the Ministry of Culture of Colombia

The sound installation A Report to an Academy (2012) is an adaptation of the eponymous 1917 Franz Kafka short story. In both works, a talking primate recounts the tale of his capture and later escape-eschewing realism, we learn how the creature miraculously transformed into a human so as to slip his poachers. By way of appropriation, the installation presents the original text through a voice-over that riffs off BBC documentaries. The score itself is intercut with other representations of the natural world—from Hollywood films, and from the Western Classical music tradition—.

The installation consists in the amplified sound along with the display of two palm trees spinning on their axis in mechanical podiums. Framing the absence of the narrator, the palm trees are positioned in the corners of the stage and their spinning animates shadow on the wall. 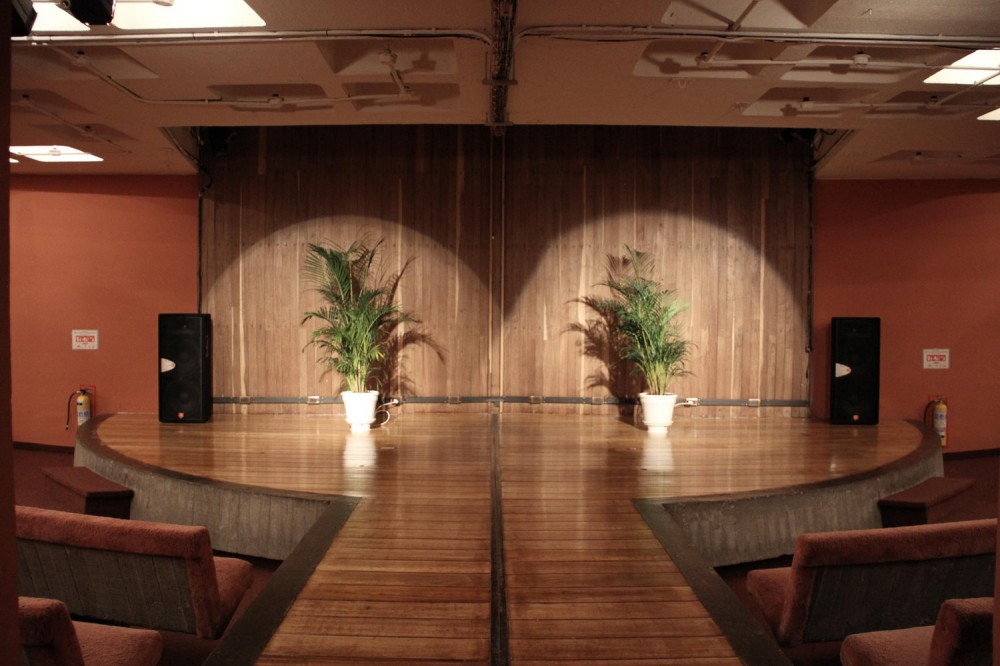 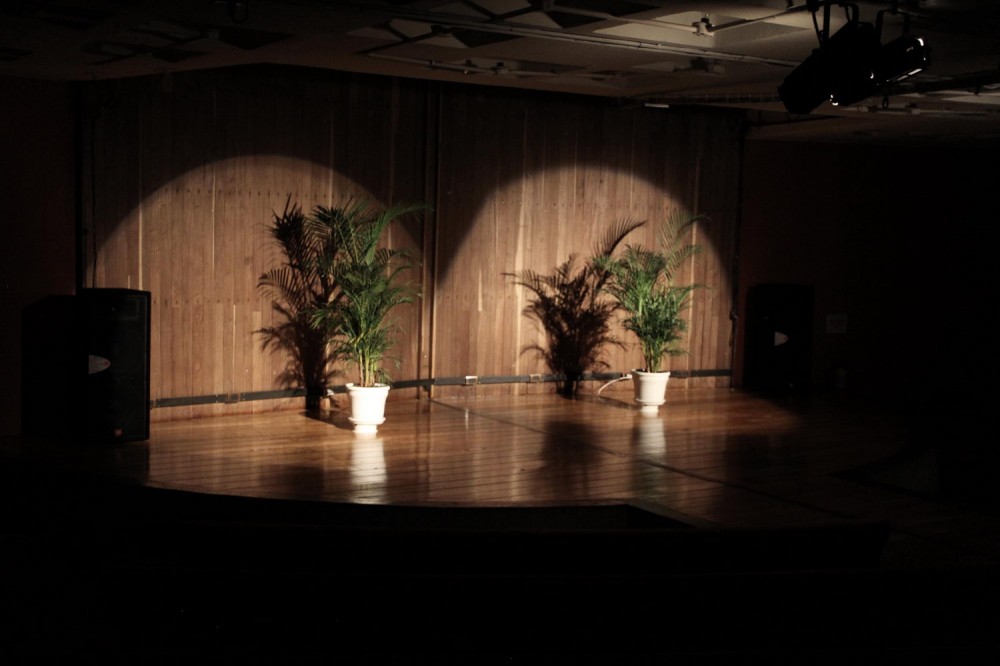 Installation view at the Rijksakademie, Amsterdam 2010 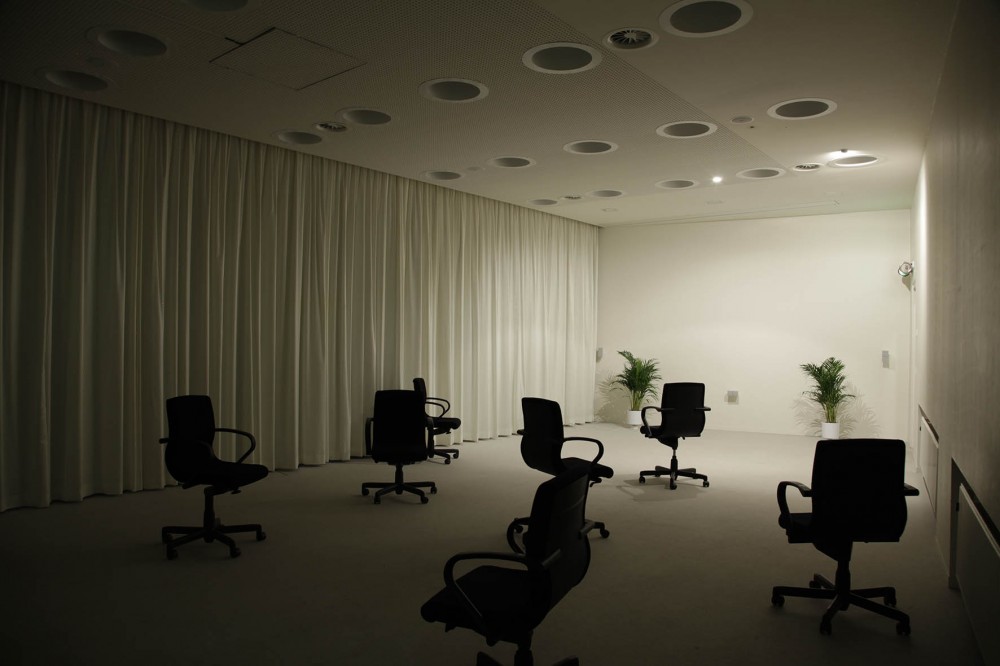 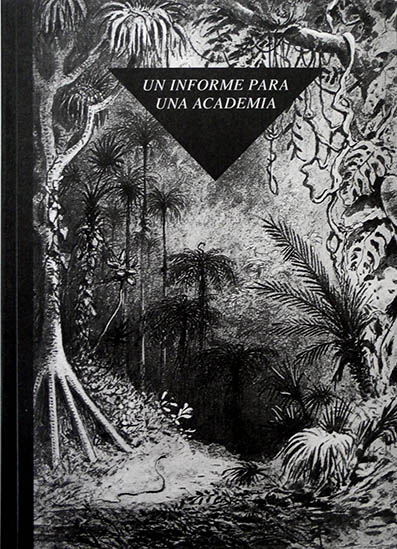