Seed will sprout a flower that does not wither, neither can be put on trial

The prints are the beginning of a series in which a plant from the original herbarium archive of Rosa Luxemburg is highligthed and placed together with an image from the book "The accumulation of Capital", previously shot with a rifle. Each plant highlighted has a particular connotation that would be suggested by the title.

In this first image, the plant in question is Amaranth, known better in the English speaking world as "pigweed". Amaranth etymology means in greek "The one that doesn't fade" which goes accordingly with the powerful resistance to pesticides that this plant has. Amaranth has been used, on the other hand, for nutrition since Prehispanic times in Central and North America. The challenge that this plant has posed to Monsanto is known, not only for it not being affected by roundup but also for being an threat for fields planted with transgenic corn. 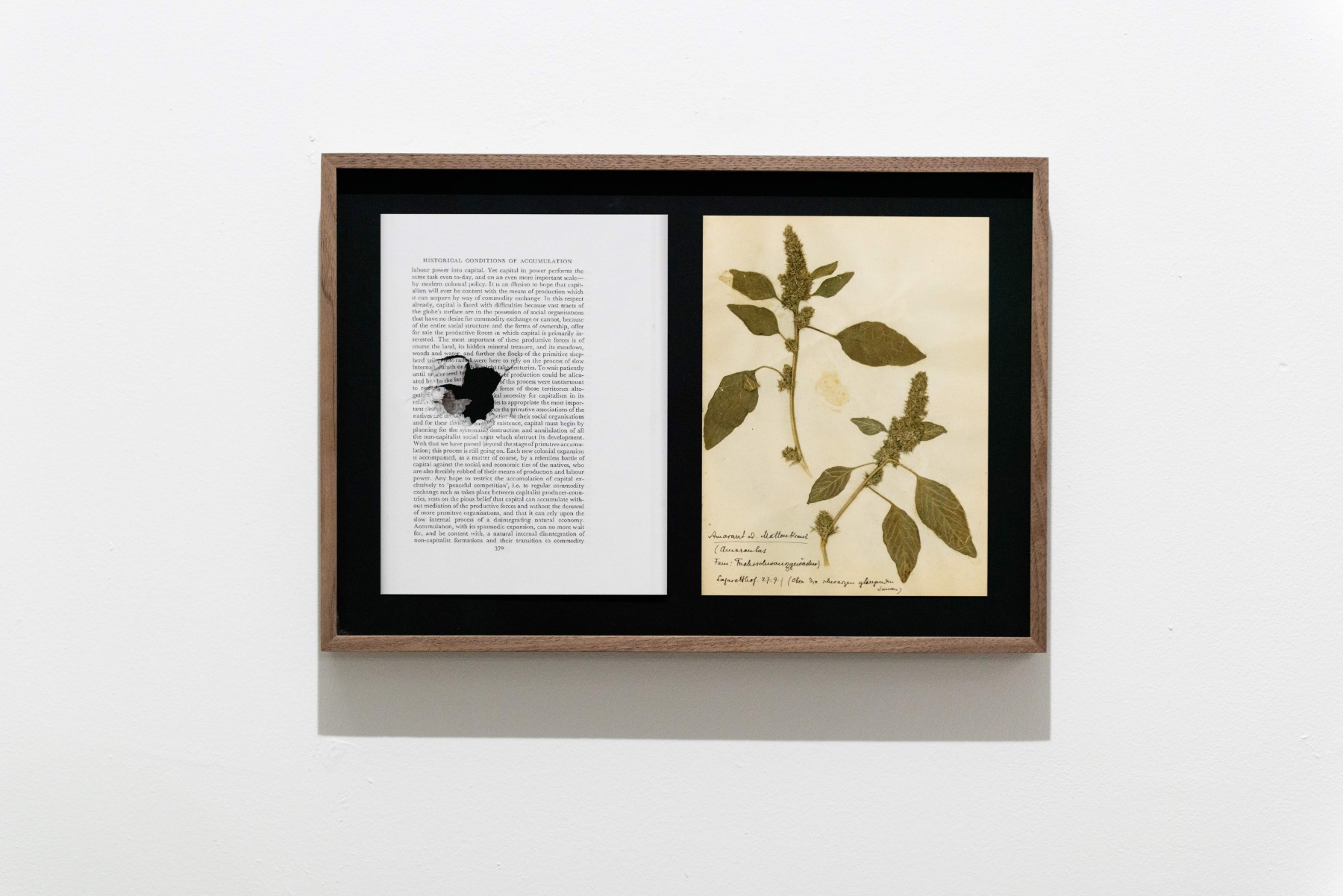 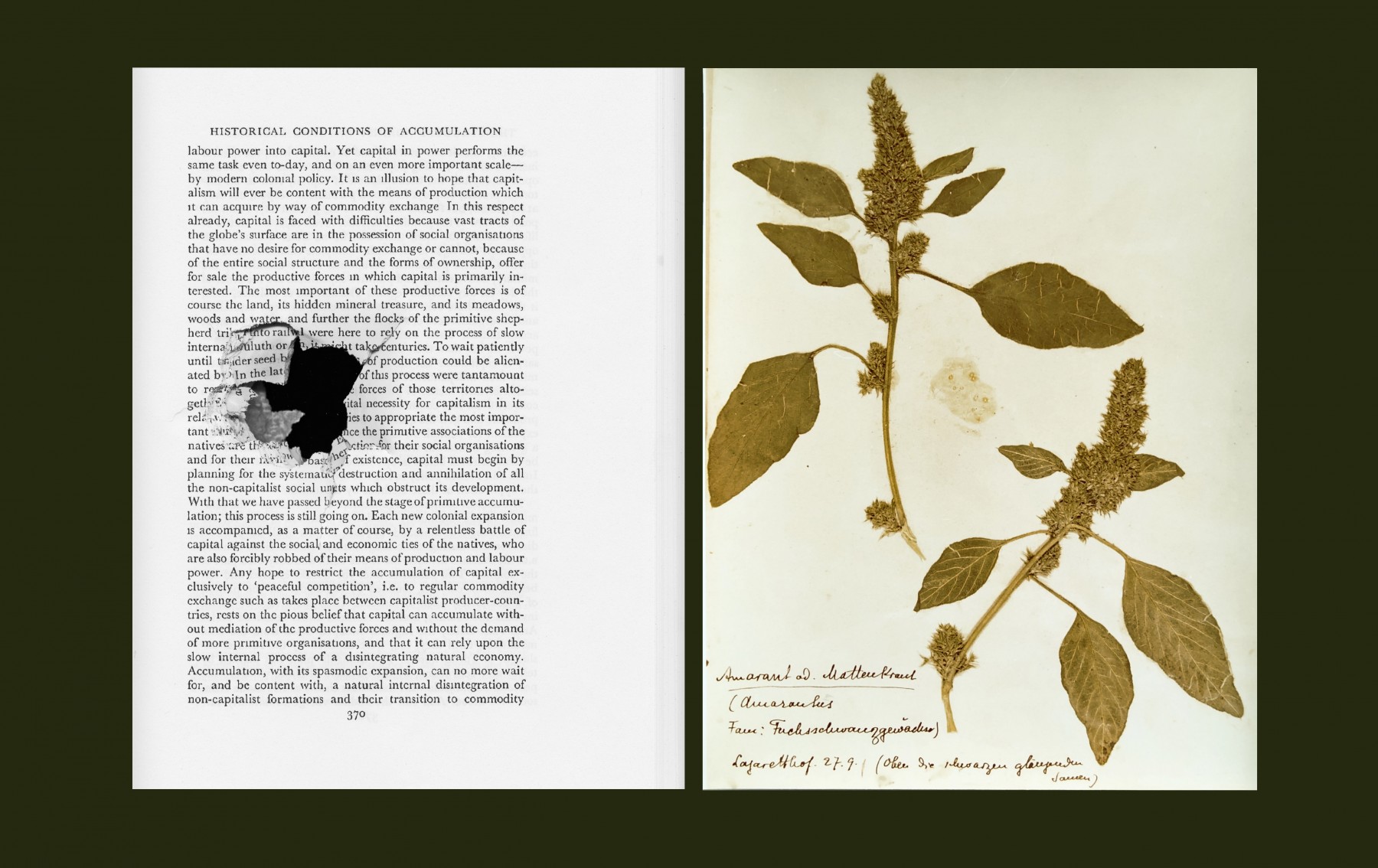